My play-doh creation was money and under the money was sand. I made that because I feel the most important thing to me besides my family is money. I made the sand to represent that I want to travel the world when I become wealthy I think everyone should experience traveling the world and getting to know different cultures. A rose was made my a classmate of mine and to me it symbols growth is going to come its just going to take some time and also it shows the beauty in change. That concept is interesting to me in many ways because I feel I can apply it to my everyday life. As I get older i’m going to grow and learn new life lesson that are going to make as beautiful as a rose. Another unique play-doh creation I loved was a cookie because I like to cook sweets whenever I can it’s a stress reliever for me and I love cooking for my family. Seeing them genuinely like my cooking is the best feeling in world to me. My thought process in making my play-doh creation was kinda hard at first. Me and my friends started bouncing ideas off of one another then we all started joking around with the play-doh. As I keep creating things with the play-doh I figured out what I wanted to represent me and what i’m about or what’s important me. Certain ideas were put into the creation process because I knew my peers would see my play-doh creation so I thought about what interest teenagers and I feel everybody wants to have a little money in their pocket and travel the world.

Abortion is the deliberate termination of a human pregnancy, most often performed during the first 28 weeks of pregnancy. Many people (pro-choice) argue the decision of an abortion should be entirely up to the parent. While others (pro-life) feel abortion should be illegal.  Not only am I pro-choice but also I believe that woman should have the choose about what goes on with there body. If you take away women’s right to abort a fetus. Then you take away basic women rights of what a women can and cannot do with her own body. If the option to have an abortion were taken away from women many would put themselves at risk to find someone who would abort the fetus illegally. Statics say the State of Illinois is 64% pro-choice and 36% pro-life and the City of Chicago, IL are 72% pro-choice and 28% pro-life. While those who voted for Pro-Choice had three choices to choose from other than being completely Pro-Choice. One said that the government had no say in what a woman chooses to do with their bodies. Another said, providing sex education classes and birth control to help reduce the numbers of abortions. The last stated that you shouldn’t allow a woman to get an abortion after the third month into the pregnancy.

This year for me is about school and what I need to focus on to make sure my senior year goes smoothly. This year is also about me and how i’m growing as the person I want to be when I get older. I’m very excited to see what this year brings me. 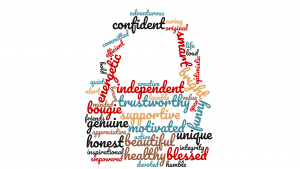